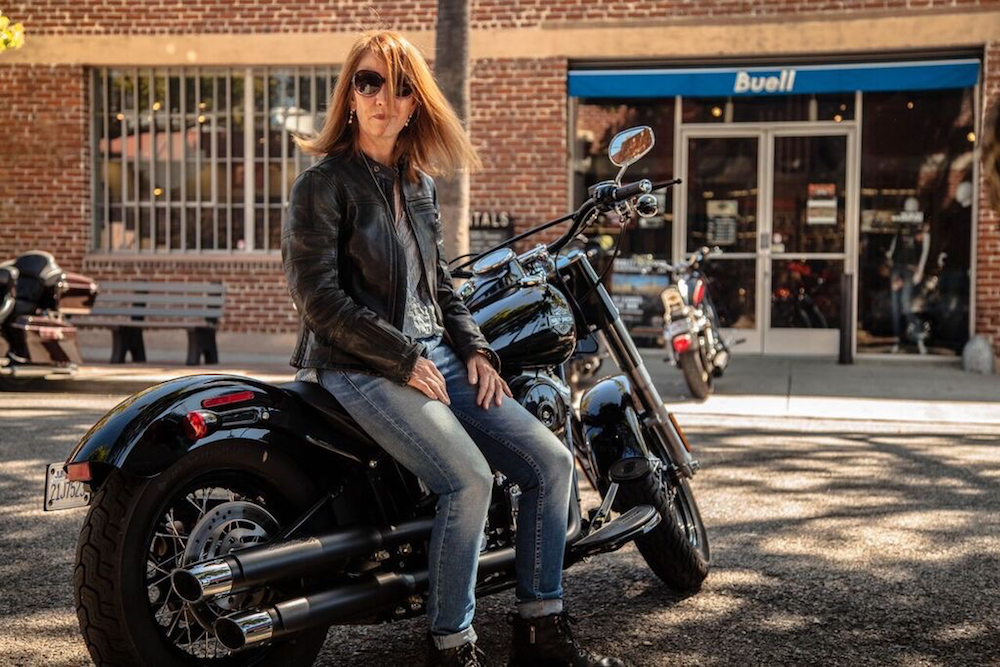 Pablo Picasso said, “I am always doing that which I cannot do in order that I may learn how to do it.” And bestselling, author Bernadette Murphy took those words to heart. She learned to give herself the permission to fail, so she could have the courage to start.

Discovering, after 48 years of life, that she loved riding a motorcycle – finding both solitude and a sense of belonging she’d never experienced caused her to question what else didn’t she know about herself. What else might there be out there that could bring such joy? So she began a deep exploration on how risk taking and going out of her comfort zone allowed her to more fully inhabit her authentic self and transform all aspects of life. Success or failure wasn’t the point.

She was literally building skills one freeway exit at a time. Murphy tells us, “We can’t think ourselves into right action, we can only act ourselves into right thinking.” By learning to approach the things that scared her most, she found out it isn’t as bad as she feared and was emboldened. By taking physical risks one learns how to physiologically handle fear in all realms, including psychological and relational. It’s empowering to test ourselves and find out what we are truly capable of and stop selling ourselves short.

On the bike 8 or 9 hours a day with a laser focus, just being present. She felt graceful and powerful at the same time as she rode with others- part of a flock of birds moving in unison. There was something freeing, not trying to prove herself as a badass or sex pot; she was just trying to be another human on the road. And she succeeded!

She learned, “To survive, we have to take the counterintuitive approach. Lean into what scares you with all your might. Throw your body into that turn even when it feels like it will kill you.” The bike took on such huge proportion in her life, she pondered what life would be without it, “Without the bike, I sometimes fear I might cease to exist.”

She tells of the fallacy we’ve all grown up with that the goal is getting the markers of adulthood in place. That once in place, they are supposed to stay there and not be disrupted. That undisturbed, destiny is trapped, as in amber, and now we are supposed to just skate through the rest of life. Yet, reality awakens us. Murphy’s path enlightens ours and she confirms, “All human life has to grow and change or it dies, so we need to learn to challenge ourselves in healthy ways… Is a midlife crisis really a crisis, or is it an awakening? Life is asking us: “Are you ready to shut down and get smaller, or do you still want to grow”